The Facebook page, and with it the club, was started by two Libero owners back in 2014. One restored a white KJ, the other a green-grey FA. They started the club to make a place for all the Dutch Libero owners and fans, as there was no Dutch Libero club at that moment.

The green-gray FA was bought at a Renault dealer without an engine. Beside this green-grey FA this Renault dealer had 3 other FAs that were total loss. All the usable parts, including an working engine, were gathered from these 3 Liberos. This engine was then installed in the green-gray Libero, allowing it to drive around again. Unfortunaltely after some time this engine got stuck during highway driving. In the search for a replacement engine they eventually ended up in the Dutch province Brabant were a Libero fan had an engine available. This engine worked nicely after the installation.

The green-gray FA was sold in 2015 to someone living in the west of The Netherlands. The white KJ is sold to a follower of the Facebook page

The advert on Marktplaats

In the summer of 2017 I saw a Subaru Libero for sale on Marktplaats (translates into 'Marketplace', which is the Dutch equivalent to eBay, but then not that big). There was a green-grey FA for sale! As I was looking for a Libero for a long time, I quickly send an e-mail and hoped for the best. Not much later I planned an appointment to see and test drive the Libero.

See and test drive the Libero

A week later, in the weekend, it finally was time to go and see the Libero. So I headed up to the west of the Netherlands with some friends in a Subaru Forester. Once we arrived, the Libero looked quite allright, there was not a lot of rust for example. A few minutes later the owner arrived.

After we walked around the bus and talked to the seller, it was time for a test drive. The test drive wasn't very long, but that didn't spoil the fun. At the end of the test drive, the oil pressure light lit up briefly. This would be due to the warm weather, according to the salesman. I thought it was a bit strange, but it didn't stop me from buying the Libero.

After agreeing on the price, we decided to pick it up next weekend.

On our way home

So a week later, we drove in that direction again; boot filled with a tow rope, socket wrench set, engine oil, tape and cable ties.

When I arrived, I saw that the owner had put all the parts he had into the van, so everything behind the front seats was full of stuff right down to the bottom of the windows.

And then the journey back began, me in the bus, the rest in the Subaru Forester.

Anyway, with a big grin on my face I drove the Libero through the countryside of North Holland. In De Rijp it was great, the road is very narrow there. In front of me, the Forester constantly had to brake for oncoming traffic, but in the van I had no problems at all, it fitted perfectly. At 'The arms of Münster' we stopped for a cup of coffee. When the coffee was finished we started the boxer engine and the three cylinder again. On to Enkhuizen! To cross the Houtribdijk there...

The Houtribdijk, yes, that was the plan. In the middle of Hoorn, unfortunately, the oil light came on briefly every now and then. So I blinked a few times at the Subaru in front of me to indicate that something was wrong. A little while later, we stopped, somewhere on a car park on a dike in Hoorn. I checked the oil level, which was not too low, but I could still add some more. After half an hour I started the bus again, fortunately the oil lamp did not light up. I was starting to get a rather ominous feeling, but anyway, on to Enkhuizen!

The owner of the petrol station did not appreciate the fact that we were parked in his car park with a broken-down van. As home was still a long way off and we didn't feel like calling the ANWB, we started looking for somewhere to rent a car ambulance. There was nowhere to find one, but luckily there was a shop where they sold tow ropes. Because I didn't trust the tow rope I had with me for such a long distance, I bought the thickest one they sold.

When we got back to the petrol station, we first made the station owner happy by buying the last few Cornettos. With an ice cream in our hands, we pushed the Libero out of the parking space and attached it to the tow bar of the other Subaru.

As a joke, I had brought a set of old walkie-talkies, which proved to be very useful while towing.

After an hours-long journey right through the Netherlands, always avoiding motorways, we arrived back home in the evening. 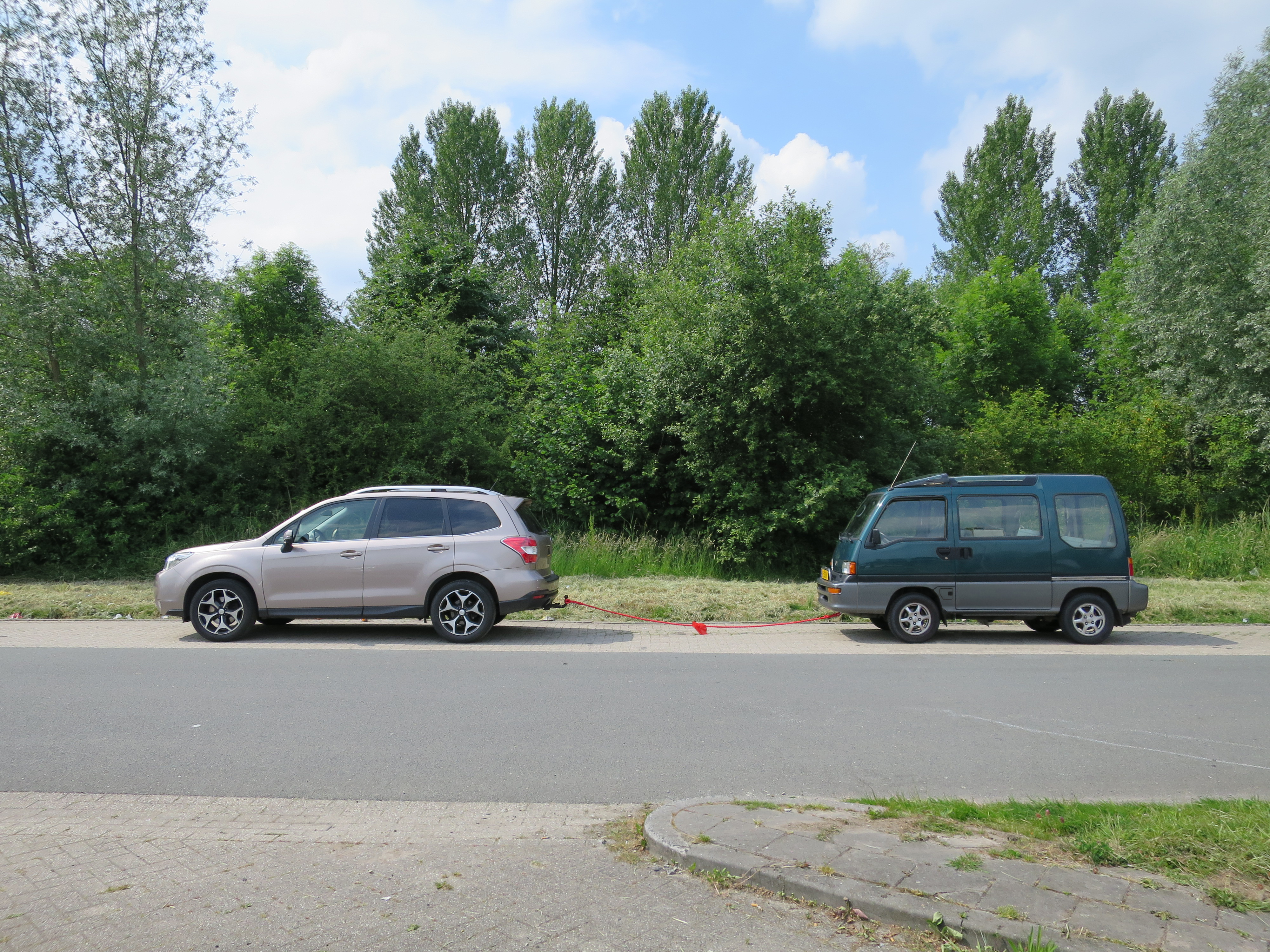 The Subaru workshop has a (brief) look at it

The day after my arrival, I phoned the garage and asked if I could tow the Libero to them. That was no problem. The Subaru garage thought it was funny to see a Libero in real life again. They used to sell these vans too.

I pushed the van into a parking space in front of the workshop, handed in the keys to the workshop supervisor and asked if they would call me when they checked it out. The next day I received a phone call: the Libero went on the hoist in fifteen minutes! I immediately jumped in the car and drove to the garage. When I arrived the mechanic was just driving it up the bridge. He stepped out, listened to it from a distance and then said to me: "well, the engine is not really fresh anymore". Then he drove my van off the hoist again.

Not much later, the workshop manager suggested that I either buy a second-hand engine or have the current one overhauled. A new second-hand Libero engine was not an option, because you can't find any, so I was given the phone number of a revision shop in the neighbourhood. Furthermore, I was allowed to take the original workshop manuals of the Libero with me. That was nice of them!

When I was outside again with the manuals under my arm, I patted the Libero on his windscreen and said: 'It's all right Libero, we'll pick you up tomorrow!

The repair starts (from here on it is still in Dutch. Haven't translated this part yet)

Once back home, the work began. Step one: take the engine out.

I cleaned the engine, then completely dismantled it and delivered it in separate parts to the engine overhaul shop. There, they completely overhauled it. A few weeks later, I could collect everything again. With new gaskets and seals, the engine was then put back together again.

Click on the arrows to browse through the photos.

Take over the page

While I was working on the engine, I saw that the Subaru Minibus Club Nederland had posted a message: if someone wanted to take over the page. I liked that, so I sent them a message. The messages went back and forth a bit and at one point, the owner of the club asked if I had bought a van with a certain licence plate number. When I read that number plate, I thought: well, what a coincidence.... 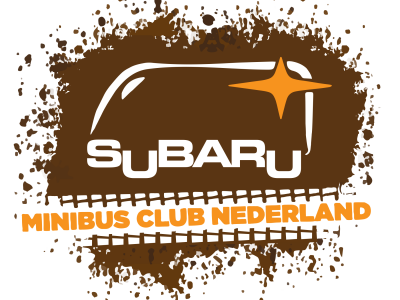